Trump on Clinton: ‘I can be nastier than she ever can be’ – CNN News 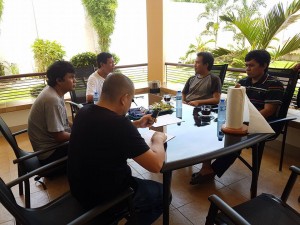 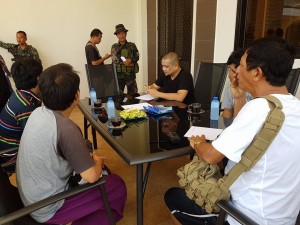 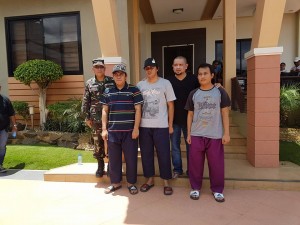 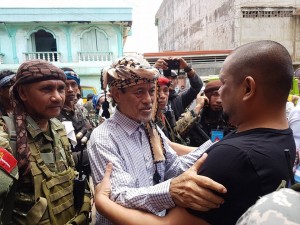 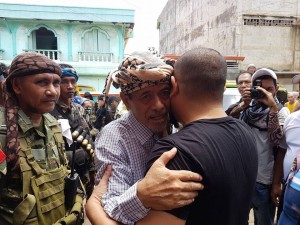 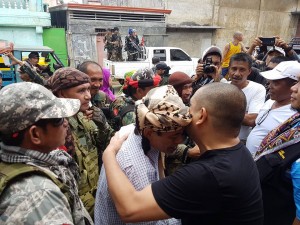 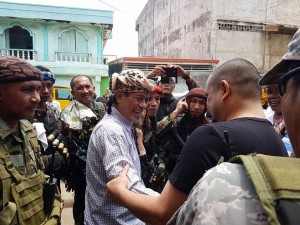 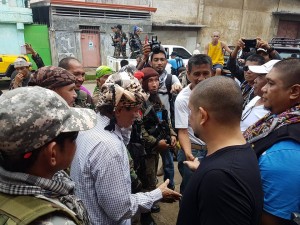 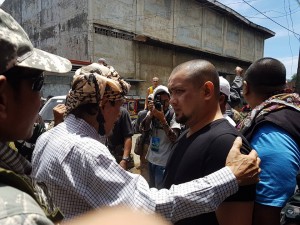 Officials said the Indonesians Muhammad Mahbrur Dahri, Ferry Arifin and Edi Suryono, all crew members of the tugboat Charles who were kidnapped in Sabah on June 22. The boat – owned by PT Rusianto Brothers – was heading to Samarinda in East Kalimantan following a trip from the Philippines when gunmen on speedboats intercepted the vessel.

Nur Misuari, the MNLF chieftain, escorted by dozens of armed followers, personally handed over the hostages to Sulu Governor Totoh Tan – who heads the provincial crisis committee and chairman of the Sulu Disaster Risk Reduction Management Office – in his house in the capital town of Jolo. Tan immediately turned over the Indonesians to the Philippine military after feeding them.

Presidential peace adviser Jesus Dureza also confirmed the release of the trio, saying, Misuari phoned him about it and told him to tell President Rodrigo Duterte that the hostages had been freed.

It was unknown if ransom was paid for the safe release of the hostages, but the MNLF had previously interceded or negotiated with the Abu Sayyaf for the freedom of over a dozen kidnapped Indonesian and Malaysian sailors in Sulu, one of 5 provinces under the Muslim autonomous region.

In August this year, two other crewmembers of the tugboat Charles – Mohamad Soyfan and Ismail – allegedly escaped from the Abu Sayyaf in Sulu’s Luuk town. Indonesian media previously reported that the Abu Sayyaf demanded 20 million ringgits for the safe release of all the hostages, who were held by the group of Alhabsi Misaya, a former member of the MNLF, which signed a peace deal with Manila in September 1996.

Misaya had split with the MNLF and joined the Abu Sayyaf several years ago after Misuari reportedly ordered his execution for a still unknown reason, according to military intelligence reports. There was no immediate statement from the military or police on the release of the hostages, but the Abu Sayyaf is still holding at least 9 other captives, including Malaysian sailors.

Just recently, Malaysia has ordered its negotiators to intensify talks with the Abu Sayyaf in an effort to secure the freedom of 5 Malaysian tugboat crew members being held captive in Sulu.

Deputy Home Minister Datuk Nur Jazlan Mohamed said he would direct the police to intensify communication and negotiations with the kidnappers to free the victims, according to the Malaysian newspaper The Star.

The Abu Sayyaf contacted the newspaper and allowed one of the hostages Mohd Ridzuan Ismail to speak to its staff. Mohd Ridzuan was kidnapped in Sabah on July 18 with four other sailors – Tayudin Anjut, 45, Abd Rahim Summas, 62, Mohd Zumadil Rahim, 23, and Fandy Bakran, 26.

The 32-year old Mohd Ridzuan said they were constantly being beaten up and threatened by the Abu Sayyaf and pleaded desperately with their employer and Malaysian government to immediately secure their safe release. “We can’t bear it anymore. We are in pain. All of us are sick. We have cuts on our bodies. We are weak. No food to eat. What’s more, we are beaten. There are people who want to shoot us. Please help us,” The Star quoted the sailor as saying during the eight minute conversation.

It said a man who introduced himself as Abu Rami demanded P100 million ransoms for the Malaysian hostages, who are allegedly being held in three separate groups in Luuk town.

“We’re suffering in Jolo (Sulu) Island. We appeal to the Malaysian government and our boss to negotiate for our release as we want to return home as soon as possible,” Mohd Ridzuan said, adding, their captors only give them rice and rarely feed them. “We are frightened. This is not our place. They whack us and they told us that they can shoot us.” (Mindanao Examiner)