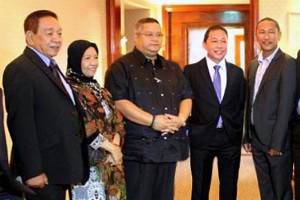 ZAMBOANGA CITY – A homemade bomb went off outside the house of Basilan provincial governor Jum Akbar, a political ally of Sulu Vice Governor Sakur Tan, who for governor in the Autonomous Region in Muslim Mindanao, reports said.

It said the blast occurred on Wednesday night in Isabela City, the capital of Basilan – one of 5 provinces under the volatile Muslim region. Akbar was not in the house when the bomb exploded and there were no reports of casualties. One of her security escorts has confirmed the bombing to the regional newspaper Mindanao Examiner.

The regional police did not release any media reports about the bombing, but television giant ABS-CBN said Akbar’s son Al-Qaid, who is running for governor in the province was inside the house, although he was unhurt in the blast. Other reports said the blast may have come from a fragmentation grenade after investigators reportedly found debris believed to be part of its fuse.

No individual or group claimed responsibility for the bombing, but Akbar has pledged her support to the candidacy of Tan, a member of the Liberal Party, and is largely popular in Basilan.

Akbar’s husband, Congressman Wahab Akbar, was one of 4 people in a bomb attack outside the House of Representatives in 2007.  Akbar’s family implicated several politicians in the province in the assassination of the lawmaker.  (With a report from Ely Dumaboc)