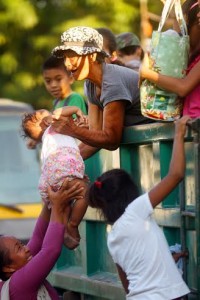 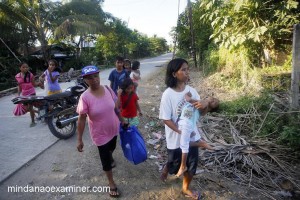 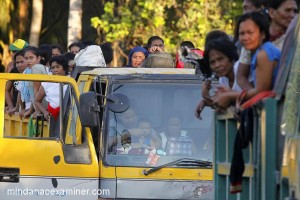 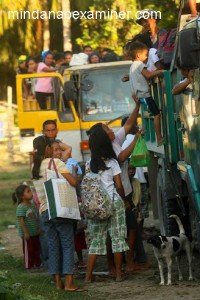 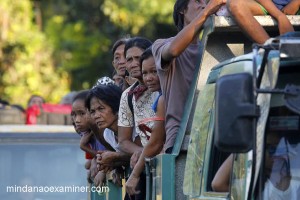 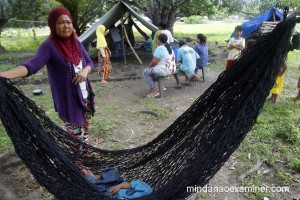 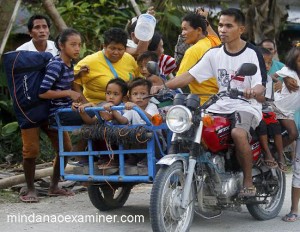 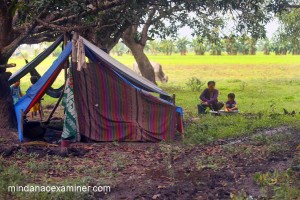 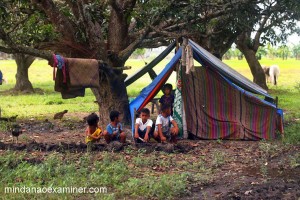 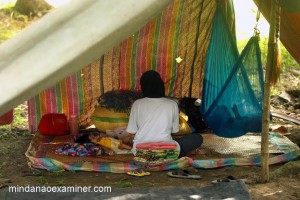 Villagers fleeing Sultan Kudarat province climb on board a truck in the town of Esperanza as thousands of civilians from nearby province of Maguindanao abandon their houses and seek refuge from government shelters following recent attacks by Bangsamoro Islamic Freedom Fighters who are fighting for a separate state in the restive Muslim autonomous region. (Mindanao Examiner Photo – Mark Navales)

Many civilians were afraid of returning homes for fear that rebels would launch another attacks on the military or villagers in Sultan Kudarat province as well as in nearby Maguindanao, one of five provinces under the restive Muslim autonomous region.

About a dozen people had been killed in attacks launched by the Bangsamoro Islamic Freedom Fighters (BIFF) who are fighting for the establishment of a strict Islamic state in southern Philippines.

The rebels also pledged allegiance to the Islamic State of Iraq and Syria and have attracted a number of sympathizers and recruits, although the army continues to downplay the capability of the BIFF to launch a major assault.

The army had the BIFF on the run following a massive campaign last year, but the rebels managed to regroup and recruit more members and armed them with automatic weapons bought from illegal gun dealers.

There were suggestions from various groups to open peace talks with the BIFF, whose members were mostly former guerrillas of the larger Moro Islamic Liberation Front which signed a peace deal with Manila in 2014.