HOT OFF THE PRESS: The Mindanao Examiner Regional Newspaper May 27-June 2, 2019

500 boxes of cigarettes seized in Zamboanga

COTABATO CITY – Ambushers killed 2 men on Saturday in the town of Sultan Kudarat in the restive southern Philippine province of Maguindanao, police said.

Police said the duo were returning home on a motorcycle when ambushed in the village of Rebuken. 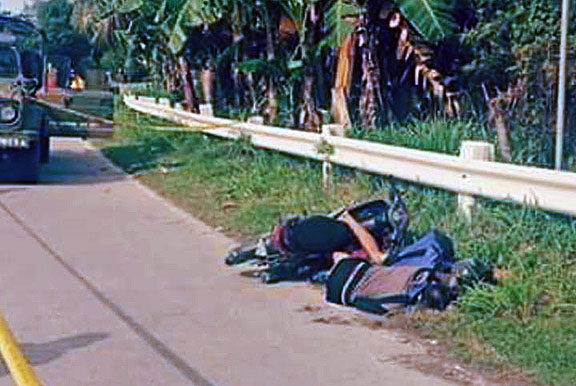 Police photo shows the bodies of the 2 men who were killed in an ambush May 25, 2019 in Sultan Kudarat town in the troubled Muslim province of Maguindanao.

Two motorcycle gunmen tailed the victims and shot them at close range. Both men, according to the police, were applying in the army to become soldiers.

The motive of the killings is still unknown and no group has claimed responsibility for the ambush. The victims were residents of Parang town, also in Maguindanao, a known stronghold of pro-ISIS group Bangsamoro Islamic Freedom Fighters.

The militants were blamed by authorities in the spate of deadly attacks on military and police targets in the Muslim province. (Mindanao Examiner)