The People Also Have A Role In Maintaining Security – Najib – Bernama 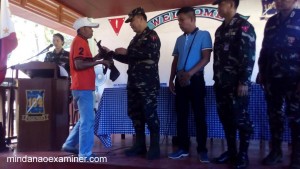 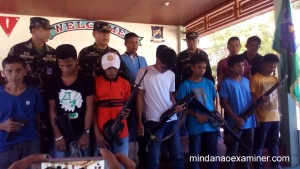 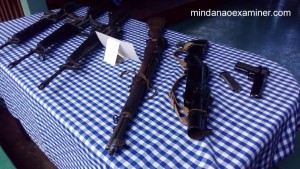 BASILAN – The Philippine military has paraded 7 alleged Abu Sayyaf rebels who surrendered in the restive province of Basilan where security forces are battling the jihadist group which pledged allegiance to ISIS or Islamic State of Iraq and Syria.

Barrientos praised Bautista, also the commander of Joint Task Group Basilan, for a job well done. “The surrender of the Abu Sayyaf fighters is a clear victory for the people of Basilan who yearn for peace and desire to live lawfully and peacefully,” he said.

In his report, Bautista said the rebels voluntarily surrendered in two groups on January 18 and 19 in Camalig village in Ungkaya Pukan town, a stronghold of Abu Sayyaf and Moro Islamic Liberation Front, which signed a peace deal with Manila in 2014.

“The Abu Sayyaf members successively surrendered on Monday and Tuesday and subsequently underwent custodial debriefing. They will be duly endorsed to the ARMM Regional Governor Mujiv Hataman for rehabilitation and integration into the mainstream of our society,” Bautista said.

“The Abu Sayyaf members realized that fighting the government and enduring hard life in the mountains is a lost cause. The surrender was made possible through the help of the populace and local government of Ungkaya Pukan. The sincere coordination and passion of the government in delivering the message for peace and reconciliation on the ground made the pivotal role to convince the other Abu Sayyaf members to return to the folds of the law,” he added.

It was not immediately known whether the rebels would be criminally charged or pardoned, but the Aquino government has made no peace offer or amnesty to the Abu Sayyaf – blamed by police and military for the spate of terror attacks and kidnappings for ransom in the region.

In a propaganda video released by the Abu Sayyaf and picked up by international and local media, more than two dozen gunmen – including child warriors – led by Hapilon were seen hiking in the hinterlands of Basilan while chanting the “Dawlah Islamiyah (Islamic State)” after which they recited an Arabic script of  bayah or pledge of allegiance.

Hapilon, alias Abu Abdullah, was named as the new leader of the “Harakatul Islamiyah” (Islamic Movement)” the new name given to the Abu Sayyaf by its founder Abdurajak Abubakar Janjalani who was slain in a police shootout in Basilan in December 1998.

The Abu Sayyaf evolved to a notorious group known for having carried out kidnappings, bombings and other criminal activities in southern Philippines. The US government has offered a $5 million bounty for Hapilon’s head – dead or alive.

In the video, Hapilon was shown with Abu Harith Al-Filibbieni, who is reported to be deputy commander of the al-Ansar Infantry Division of the ISIS, and Mohd Najib Husen (Hussein) alias Abu Annas Al Muhajir, a division head of the Ansar al-Sharia of the ISIS.

The rebels explained in the video that they had previously done the bayah, but did it again in front of their new leaders. It was unknown when the video was recorded, but it was released just after the military’s Western Mindanao Command in Zamboanga City claimed last month that Husen was killed during offensive operations against the Abu Sayyaf in the troubled province of Basilan in December.

Husen was with other Malaysian jihadists – Mahmud Ahmad, Muhammad Joraimee Awang Raimee, Amin Baco and Jeknal Adil – who fled to southern Philippines reportedly to recruit militants and send them to “Dar al-Harb (place of war),” referring to Syria and Iraq, where the ISIS established its own caliphate state.

The Abu Sayyaf hoisted a black flag similar to those being used by the Khilafah Islamiyah Movement and other hard-line radical jihadist groups like the Boko Haram in Africa.

In Maguindanao and nearby provinces, the Bangsamoro Islamic Freedom Fighters and the Ansarul Khilafah also pledged allegiance to the ISIS. Radical militants in Indonesia and Malaysia, including the Southeast Asian terror group Jema’ah Islamiyah had also done the same.

Just last month, the jihadists also released a video of the ISIS’s Alhayat Media Center which shows the Philippines as among countries in Southeast Asia they were planning to expand its “Khilafah (caliphate).”

The Abu Sayyaf is now using the Daesh flag and also the Khilafah Islamiyah Movement and other radical groups in Lanao del Sur, also in the Muslim autonomous region where local militants of the Ghuraba (Strangers) – both the Ghuraba and Khilafah Islamiyah Movement are headed by a leader called Humam Abdul Najid, who was implicated in the 2013 Cagayan de Oro City bombings.

In October 2014, the jihadists Ghuraba had claimed that they established the Khilafah after courting other radical jihadists in the South to vow their allegiance to the Muslims’ caliph al-Baghdadi.

The Ghuraba is reportedly harboring foreign militants, including an agent of the Jama’at al-Tawhid wal-Jihad, a group believed to be the original name of now infamous international threat group ISIS.