ZAMBOANGA CITY – An Indonesian tugboat crew member was wounded after gunmen attacked their vessel off Sabah despite a tight security being imposed by the police following threats of Abu Sayyaf kidnappings in the rich eastern Malaysian state near the Philippine border of Tawi-Tawi. 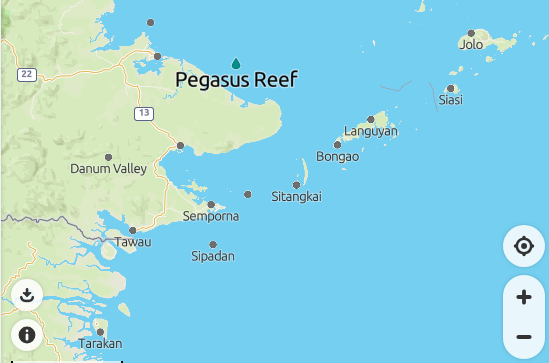 Four gunmen on a speedboat opened fire on a tugboat and hitting its skipper Didy Saviady off Pegasus Reef late Thursday. The attackers managed to board the Magtrans II tugboat, but the wounded crew man, who was on the top deck, fired a parachute signal rockets at the gunmen who quickly fled, according to Malaysian media reports.

Sabah police said the attack was a piracy attempt, although no individual or group claimed responsibility for the assault on the boat. Police commissioner Datuk Omar Mammah said the Indonesian man had been shot in the left thigh and was taken to hospital in Lahad Datu town by a marine police team.

The boat, which has 13 crew members, left the coastal town of Bintulu in Sarawak on December 2 to collect timber in Papua New Guinea.

It was unknown whether the raiders were Abu Sayyaf militants or Filipinos with links to the notorious terrorist group, blamed by Malaysia and the Philippines for the spate of ransom kidnappings inside Sabah.

The attack occurred the same day that the Abu Sayyaf freed a kidnapped Indonesian fisherman Usman Yusuf in the town of Luuk in Sulu, one of 5 provinces under the Muslim autonomous region.

The 35-year old Yusuf was quickly brought to a military base in the capital town of Jolo after soldiers recovered him around 7.30 in the morning in Bual village. Yusuf was kidnapped along with another Indonesian man Samsul Saguni, 40, in September 11 off Gaya Island in Sabah’s Semporna town and brought to Sulu, one of 5 provinces under the Muslim autonomous region. But the fate of the second hostage remains unknown.

The release of Yusuf came after the Chief of the Indonesian Consul-General’s Office in Sabah, Sulistijo Djati Ismojo, appealed to Malaysia to resolve the kidnapping of its citizens.

It was unknown whether ransom had been paid to the kidnappers in exchange for Yusuf’s release. In September The Abu Sayyaf had previously released other Indonesian hostages to Nur Misuari, chieftain of the former rebel group Moro National Liberation Front and his wife Tarhata; and a former Indonesian army general Kivlan Zein.

In September 14 this year, the militant group, whose leaders pledged allegiance to the Islamic State, also released to the MNLF 3 other Indonesian hostages Hamdam Salim, Subandi Sattuh and Sudarlan Samansung, who were kidnapped at sea off Sabah in January.

In August 2016, civilians recovered 2 of seven Indonesian sailors Ismail and Mohamad Soyfan in the same village of Bual. The duo was part of a crew of tugboat Charles kidnapped in June of the same year after militants on speedboats intercepted the vessel while heading to Samarinda in East Kalimantan following a trip from the Philippines.