First-ever burn equipment in the country now in SPMC

DEFENSE SECRETARY Lorenzana has downplayed ex-rebel chieftain Nur Misuari’s threats of war if his demand for federalism fails, but the Martial Law implementor and former commander of the Special Operations Command said the ageing leader of the Moro National Liberation Front and his loyal followers are still capable of creating trouble. 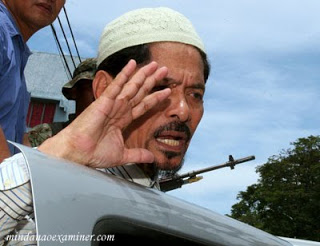 Lorenzana was referring to the 2001 and 2013 deadly attacks by MNLF forces in Jolo town in Sulu; and Zamboanga City in an effort to stop elections in the Muslim autonomous region and for Misuari to remain the regional governor.

He said Misuari – who threatened President Rodrigo Duterte when he told him that he will go to war if the government fails to push through with federalism – is no longer capable of waging war because many of his followers have joined other groups or supportive of the government’s peace efforts and the establishment of the Bangsamoro Autonomous Region in Muslim Mindanao (BARMM).

“They are still capable of creating trouble like what they did in the Zamboanga City siege. But war? Not anymore,” Lorenzana said, explaining that Misuari no longer has manpower.

But Lorenzana’s view of Misuari as incapable of waging war is naïve, according to residents of Sulu, the stronghold of the MNLF, where it continues to maintain thousands of armed members and supporters. 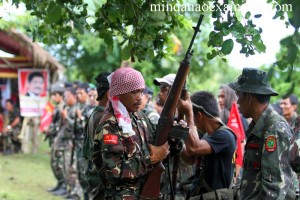 “They cannot just arrest Misuari and that proves the government is incapable of putting him behind bars for his alleged crimes against humanity in so far as the siege in Zamboanga and Jolo. The MNLF is more stronger now and have more weapons, powerful that your ordinary soldiers,” the 60-year old Ibrahim said, describing Misuari’s firepower.

“He may not be as popular as other politicians, but Misuari has this charisma, the way he talks to the people, just like Duterte. They know how to deal with ordinary people and let them believe what he wants to say,” he added.

Lorenzana said Misuari is just bluffing when he threatened the President with war. He dismissed Misuari’s threat as a mere sound bite in an attempt to make himself be noticed. “But he is missing a great chance to be really relevant. He should accept the BARMM, work within it and lend his leadership, stature and expertise to make it succeed. My guess, he’s bluffing,” Lorenzana said.

He is also facing graft charges at the Sandigan Bayan over the alleged anomalous purchase of education materials when he was the regional governor of the autonomous region. Misuari denied all criminal and graft accusations against him.

After the MNLF peace agreement was signed, Misuari became the governor of the Muslim autonomous region. But despite the peace accord, there was a widespread disillusionment with the weak autonomy they were granted.

Misuari’s loyal forces and former MNLF rebels who joined the Philippine Army following the peace accord, attacked a key military base in Jolo town and civilian targets in Zamboanga in an effort to stop the government from calling an election in the autonomous region where Misuari wanted to be a perpetual governor.

Misuari then escaped by boat to Malaysia, where he had been arrested and deported to the Philippines and was eventually pardoned and released by then President Gloria Arroyo and now House Speaker, in exchange for MNLF support to her election bid as well as her allies in the Senate and Congress in 2004. He also ran thrice for governor in Sulu even while under detention, but lost miserably.

Zamboanga City leaders and residents are still demanding justice for the deadly siege that left over 200,000 people without homes following weeks of street battles between security and MNLF forces that killed and wounded some 300 civilians. 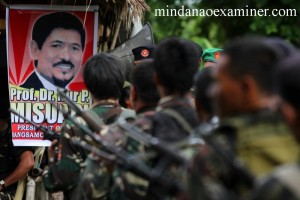 It was the second time that MNLF forces raided Zamboanga. In November 2001, Misuari’s loyal forces also attacked Zamboanga and left dozens of civilians dead and wounded.

Heavily-armed MNLF gunmen also took hostage over 100 civilians, including women and children, and used them as shield and pawn so they can negotiate with the then Lobregat administration and eventually allowed to escape to Basilan and Sulu provinces. 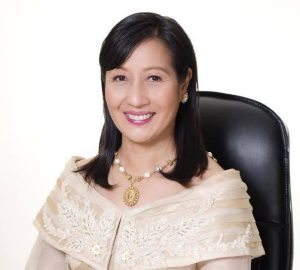 In 2016, Mayor Beng Climaco banned all MNLF rallies in Zamboanga City following attempts by Misuari’s group to hold a peace caravan despite the charges against Misuari.

“The destruction wrought by the 2013 siege continues to linger, as internally displaced persons – both Muslims, Christians and Lumads, most of whom are those who eluded the conflicts in Sulu and Basilan – have suffered the brunt of the MNLF attack in Zamboanga,” Climaco said. (Mindanao Examiner)