Presidential daughter says no to peace talks with communists

‘Duterte must have done something good’ By Jun Ledesma 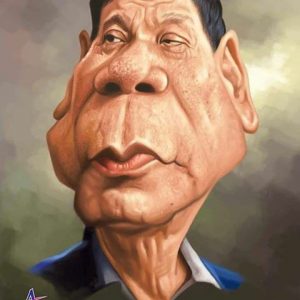 “I would be in conference with everybody and after that I will go back to maybe Jolo (Sulu province) to talk to Misuari again if we can come up with an arrangement to arrive at a lasting peace,” he said.

Duterte has been campaigning for BBL even before winning the presidency in 2016, but he is also strongly advocating federalism and in many of his public appearances and speeches the President said if BBL fails, federalism is the next best thing for the country.

He vowed to step down – even before his term ends on 2022 – as soon as the new federal government is fully functional. “Do not be afraid of a dictatorship because I will not be the one,” he said.

The President said he will talk with House Speaker Pantaleon Alvarez and Senate President Aquilino Pimentel to get Congress leaders to pass BBL this year. “I will tell him Senator Pimentel (to) remember that we have a commitment to the Moro people. But at the same time, we’ll have an arrangement where everybody will be happy,” Duterte said.

In 2001, Misuari’s loyal forces and former MNLF rebels who joined the Philippine Army following the peace deal attacked a key military base in Sulu’s Jolo town and civilian targets in Zamboanga City in an effort to stop the government from calling an election in the Muslim autonomous region in Mindanao where Misuari was then the governor.

Misuari then escaped by boat to Malaysia, where he had been arrested and deported to the Philippines and was eventually pardoned and released by then President Gloria Arroyo in exchange for MNLF support to her election bid as well as her allies in the Senate and Congress in 2004.

But Misuari was also ousted by his Foreign Affairs chief Parouk Hussin, who along with Muslimen Sema, a senior leader; and other senior leaders, made up the so-called Council of 15.

Sema’s group previously appointed Misuari as chairman emeritus, but he rejected the position. Sema had criticized Misuari for dragging the MNLF into disarray. The Council of 15 also accused Misuari of being incompetent as governor of the Muslim autonomous region in Mindanao.

Misuari’s fall had severely affected the MNLF which is now heavily divided and rift among its leaders is becoming more apparent. Misuari also ran thrice for governor in Sulu province even while under detention, but lost miserably. And despite the previous attack, Misuari’s followers again attacked Zamboanga City in 2013.

Despite the failed rebellions, Misuari remains untouchable and free due to his huge number of armed followers in Mindanao and political dealings with Arroyo and Duterte. (Mindanao Examiner. With a report from Jelly Musico.)