HOT OFF THE PRESS: The Mindanao Examiner Regional Newspaper April 15-21, 2019

COTABATO CITY – Kin of police commandos who were killed by the Moro Islamic Liberation Front rebels and Bangsamoro Islamic Freedom Fighters demanded that rebel leader Murad Ebrahim, now Chief Minister of the Muslim autonomous region, to surrender those behind the gruesome murders of 44 members of the Special Action Force in Maguindanao’s Mamasapano town. 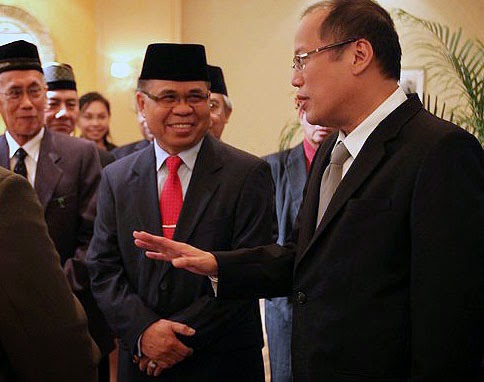 Just recently, police forces killed 3 of Ebrahim’s rebels who were accused of murder after they engaged the lawmen in a firefight in Lanao del Sur’s Madamba town. More rebels engaged police in a gun battle in the villages of Tabaran and Illian.

“Four PNP personnel and two civilians were wounded in the encounter, based on information received from army units in the area. They are now recuperating in the hospital,” the military said. Ebrahim’s group signed an interim peace deal with Manila in 2014 and the rebel leader became the chief minister of the Bangsamoro Autonomous Region in Muslim Mindanao following a plebiscite early this year. (Mindanao Examiner)