Comelec optimistic to get high voter turnout in OAV

Both groups are locked in a bitter dispute after WMPC cut off power supply to ZAMCELCO after the cooperative now under the management of Crown Investments Holdings, Inc. and Desco Inc. refused to pay its overdue account amounting to P460 million.

For its part, ZAMCELCO insisted that WMPC, of Alsons Power Group and operated by Alto Power Management Corporation, overbilled the electric cooperative by since 2015 by P440 million and is demanding a refund. 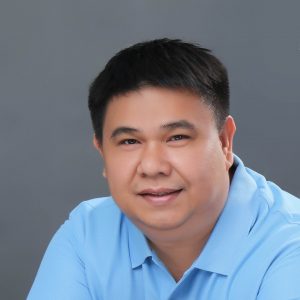 Prominent lawyer Wendell Sotto, who is running for a congressional seat in Zamboanga, filed a motion ad cautelam (Latin word which means “for security” or “as a precaution”) on April 17 with the ERC on behalf of some 180,000 cooperative members for the issuance of a status quo ante order and it was heard Thursday during the meeting with ERC and representatives of ZAMCELCO and WMPC.

Ad cautelam” can be translated into English as “,” or “to be on the safe side.”

In his motion, Sotto said he studied WMPC’s petition against ZAMCELCO.  “From my understanding, the issues raised therein are mere legal issues between two corporations on the different interpretations and applications of contract law principles.  These issues are between ZAMCELCO and WMPC hence, it should not unduly prejudice the rights and interests of Zamboangueños.”

He said local residents are suffering from daily power outages and the delivery of government services is hampered. The delivery of critical medical services in hospitals is also stifled, endangering the lives and health of many patients. Classes in schools are affected, particularly by the heat of the summer without power for ventilation, compromising the education of our children and local businesses on which so many depend are placed at risk, according to Sotto.

Crown Investments Holdings, Inc. and Desco Inc. took over ZAMCELCO in January this year after bailing out the heavily-indebted and poorly-managed electric cooperative for P2.5 billion.

“As an intervener, I also filed my motion for status quo and I argued and manifested that pending the resolution of the Omnibus motion and opposition of ZAMCELCO, I asked that my motion be considered.”

“That’s the time the hearing called both parties and asked them to explore for a possible compromise, after which, a compromised was agreed upon. WMPC and ZAMCELCO agreed that by Monday, April 29, they will revert back to the Power Sales Agreement (between them),” Sotto told The Zamboanga Post by phone after the ERC hearing.

Sotto said ZAMCELCO has agreed to pay WMPC an initial of P220 million and both sides agreed to discuss how the electric cooperative will pay its remaining balance.

“At least pending the final resolution of the case, we will now have a stable supply of power following the compromise agreement between ZAMCELCO and WMPC,” he said.

The compromise deal was reached after the Department of Energy or DOE sent Energy Assistant Secretary Redentor Delola to Zamboanga this month to look into the crisis. Delola said a team of lawyers and engineers are also expected to arrive here soon to conduct an audit and report their findings.

He said DOE Secretary Alfonso Cusi instructed him to find a solution to solve the power crisis. “The Department of Energy is here because the Secretary (Alfonso Cusi) assigned me to look into the power situation in Zamboanga. We were made aware already of the long standing issue that we have here, lalong lalo na sa mga power outages that we have 2 to 3 hours of outages per day,” he said.

With ZAMCELCO and WMPC locked in a legal battle, electric consumers and businesses here continue to suffer from power outages and poor utility services prompting Mayor Maria Isabelle Climaco Salazar to broker several meetings with WMPC and ZAMCELCO to find solutions to their problems.

Salazar, exasperated by the rift between WMPC and ZAMCELCO, also wrote a strongly-worded letter to the electric cooperative addressed to lawyer Jomar Castillo, of Crown Investments Holdings on April 1 and demanded it to pay WMPC and to restore normal electricity supply in Zamboanga.

“This has reference to the current power situation in our City. As you know, Zamboanga City plays a key role not only in trade and commerce, but in national security as well. Residents and businesses are complaining of longer and more frequent outages since February 4 that adversely affected our local economy prompting me to write this demand letter.”

“While we support the Investment Management Contract and laud your commitment to pump in P2.5 billion into ZAMCELCO, we can no longer tolerate the rotating blackouts. Whether there is legal basis to withhold payment to WMPC must be settled in the proper courts of law. In the meantime, our people cannot suffer further. We have been paying our monthly bills and we see no reason why we are made to suffer the consequences of the electric cooperative’s refusal to pay WMPC. For Zamboanga City that is hub of trade and commerce and also hosts to the Western Mindanao Command, the stakes are too high if power outages will continue,” Salazar wrote.

Salazar also said electric consumers are demanding ZAMCELCO to provide them with better services. “We have been appealing many times to ZAMCELCO to the extent that the local government even held talks with representatives of ZAMCELCO and WMPC for them to settle their differences or legal problems because everybody is affected by this inadequate supply of electricity. We cannot go on like this and this problem must be resolved quickly,” she said.

To mitigate the power crisis, ZAMCELCO said it acquired more expensive diesel-powered generators to be able to supply Zamboanga’s power demand of at least 80 megawatts, but these are only being used during peak hours.

Salazar said rotational power outages, which began in February, have already affected the local economy with many business establishments spending more on fuel to run their generators for hours on a daily basis.

Aside from power outages, ZAMCELCO’s irregular supply of electricity here resulted in low voltage most of the time and residents blamed the utility firm for damages on their appliances. And worst, ZAMCELCO and WMPC traded accusations in the media while electric consumers suffer from the rift.

The power crisis in Zamboanga was worse in 2010 and for three years, the city had to endure 8 to 16 hours of blackout daily. And ZAMCELCO blamed the power crisis to El Niño weather phenomenon and the maintenance shutdown of hydro and coal-fired power plants in Mindanao.

ZAMCELCO could only wait for the construction of the 100-megawatt coal-fired power plant of Alsons Power Holdings which was originally set to begin operation in 2016 in the village of Talisayan.

But Alsons failed to start building its facility and cited many reasons for the long delay – from the failed Moro rebellion here in 2013 to the P900-million enhancement program it was demanding from ZAMCELCO as an assurance it could pay them for the stable supply of electricity.

Even today, Alsons has not started construction of its coal-fired power plant here and ZAMCELCO said it would not purchase electricity from Alsons or what it is called now the San Ramon Power, Inc. due to the current problems involving WMPC. (The Zamboanga Post)